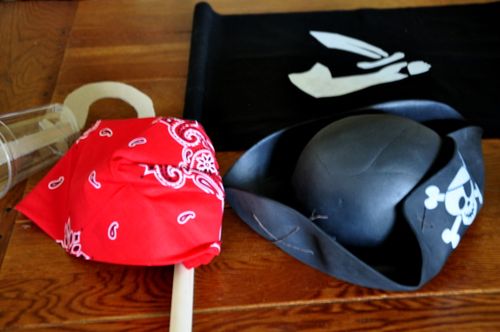 Now that we look like pirates, it’s time to create like pirates. Today finds us with a variety of crafts that we will be using later in our adventures to dine with, show your colors,get ready for water balloon fun,and pirate map making so you can find the buried treasure. 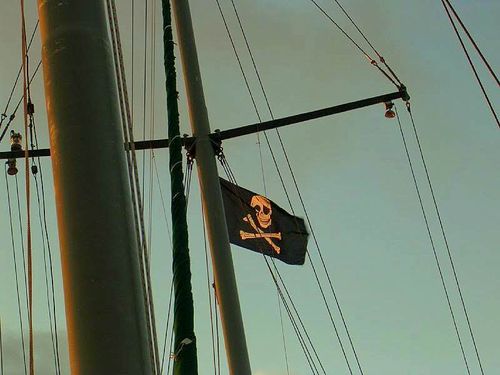 Pirate flags were known as “The Jolly Roger”. The flag had many variations and each pirate captain would make his own destinctive flag. They usually all had the skull and crossbones. Among pirates, the flag was known as “Captain Death”.

The origin of flying a black flag on ship started with the bubonic plague. It was to signal that there was plague onboard and to warn people to stay away. The plague flag was black with a white cross. The pirates would use the plague flag to keep people away so they could be pirates without “prying eyes”. To distinguish themselves between pirates, they started making their own emblems on the flags.

Have a look below to make your very own pirate flag placemats and flags. On Thursday, we will be playing some water games. One of these will require a water balloon sling-shot. It can be used with three people or make a stand for it to let one person use it. This is loads of fun. 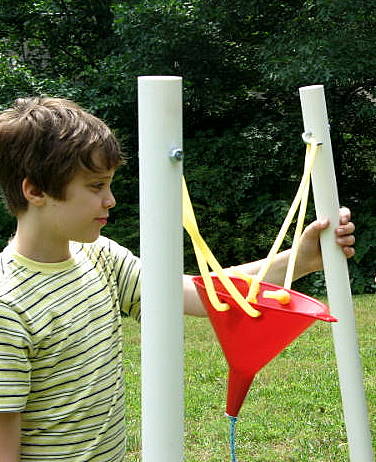 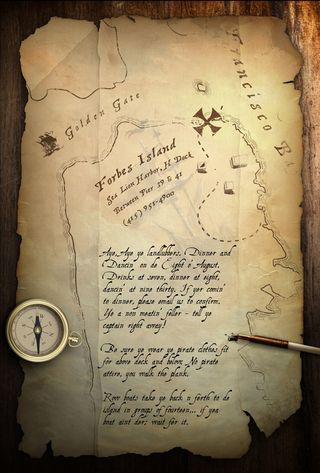 One of the instant and huge successes of Robert Lois Stevenson’s book Treasure Island was the “thing” that everyone wanted to possess and that was a treasure map. The scroll made out of worn paper, the very detailed markings, the hunting for treasure made all of us want to be a pirate, if not for the treasure map itself.

What would a pirate be without a pirate map to show where X marks the spot. I hope after you’ve made your treasure map that you will have many wonderful moments discovering where you left your treasure.

During our Treasure Island adventures we will be going on a treasure hunt and of course we will need a map. Come see for yourself how easy it is to make.