This was the longest blogging break I've ever taken. We missed some book-jumping deadlines and I'm very sorry for that. Many unexpected things happened over the last month which prevented me from writing on my favorite book blog.

Instead of trying to play catch-up, I'm just going to start from where we are and that's right here, right now.

Thurssday of next week I will start posting the Heidi book jump and shortly behind that I will post the Swiss Family Robinson.

I hope you have had a good summer reading some great classics. Along with our three book adventures, we found ourselves staying up late many nights devouring Rick Riordan's Percy Jackson Series. 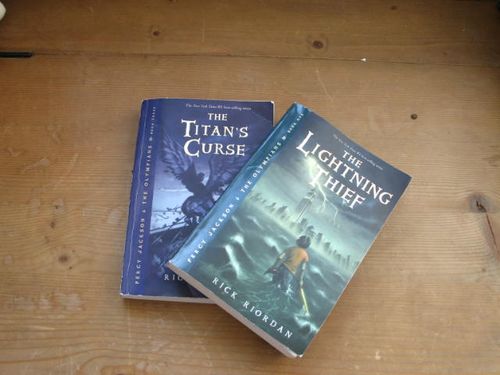 (Please excuse the fact that I only have two of the five books photographed. The other three are out being read.)

I have a confession to make……..I've never really liked Greek Myths. I've found them confusing and the parts I could understand I found just plain violent and unkind. When I first started seeing Percy Jackson on every bookstore shelf, and then read it was about Greek Myths, I quickly put it down again. And the book stayed on the shelves until the family rule kicked in, which says,……"you can't see a movie based on a book until you've read the book."

The Percy Jackson movie came and went. This summer it came out on DVD, so we went to our local library and checked out book one so we could watch the movie on netflix.  I decided to read it first and I pulled an all nighter. Passing this gem of a book onto "O", he read it everywhere we went. He couldn't even partake in conversations.

With this I made a major decision and that was to buy the whole series and bring it on vacation with us. Five books in a suitcase to Sweden. Best idea I ever had. We spent many midnight sun evenings reading aloud to one another. We had many discussions about if demi-gods really exist and did we know any? Can a ballpoint pen really become a sword? and many other riveting questions. 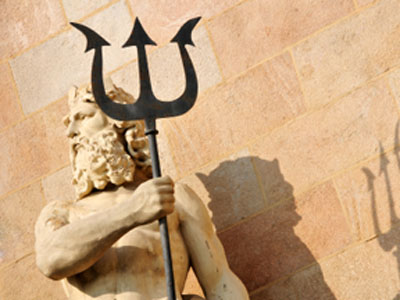 These books read flawlessly and brings to life these dust gathering ancient myths in a fashion that is believable. So often within these stories I could see my own 11 year old boy and his friends. In fact I'm sure that if Percy Jackson lived anywhere near us he would be a dear friend. You know what? He is a dear friend, only a friend who lives on a book shelf and in our hearts and minds. 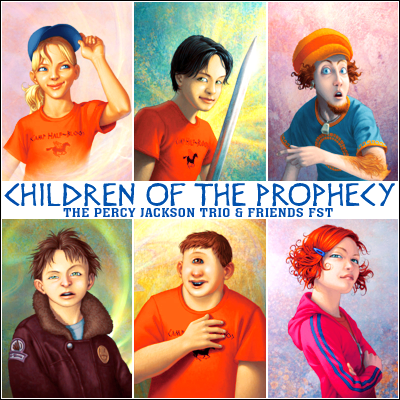 (photo courtesy of percy jackson and the olympians)

I could give you a detailed account of the 5 books but I won't. These are treasures that need to be discovered.Just know there is much adventure to be had and many new friends to make, both old and new. So get going !  Oh but before you do I think we need to review the rules to capture the flag. You willl need this on your adventure. These are just the basics, how to fight a minotaur you will have to learn on your own or take a couple of tips from Percy.

Something To Do: Capture the Flag 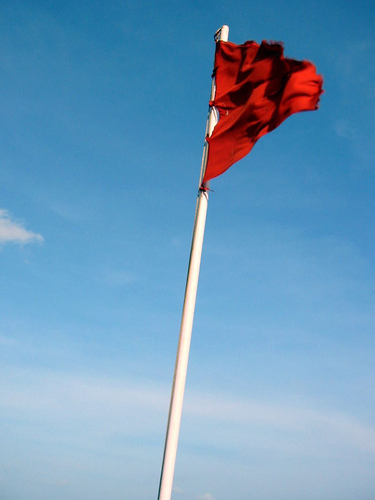