On my other blog "A Place Like This", I was talking about our Martin Goose celebration. I can never thing of Martimas or Martin Goose without remembering another young boy who had a run in with a goose. One of my favorite books is "The Wonderful Adventures of Nils" by Selma Lagerlöf. 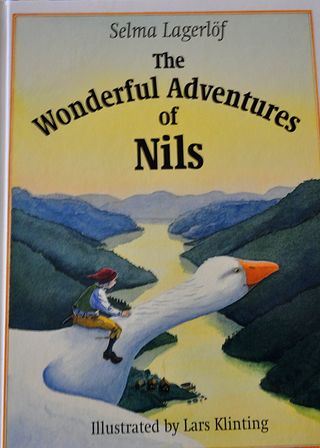 When Selma Lagerlöf was approached by the Swedish government to write a geography book that would encompass the entire country of Sweden, Selma got to writing and out came this incredible adventure about a naughty boy who was shrunk by a gnome and ended up travelling around Sweden on the back of a goose. 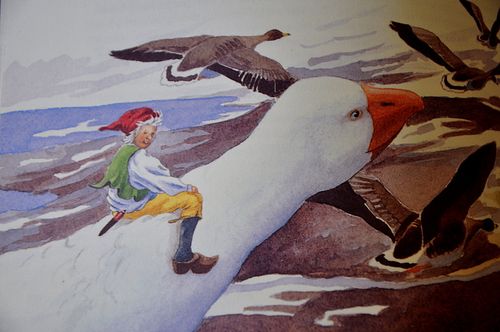 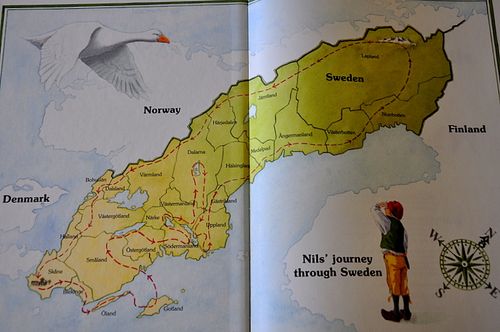 I have to share a favortie illustration from this book however, and that is the one of my family home Gotland. I'm a little bit partial. It's not like I get to share my part of Sweden on this blog everyday is it? 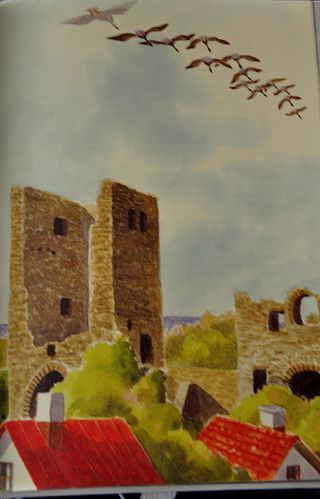 Apart from this story, its author Selma Lagerlöf was the first woman to win the Nobel Prize for Literature. I thought I would share a little bit about her and her very famous garrett.

On November 20th, will be the 152nd anniversary of the birth of Sweden's beloved writer Selma Lagerlöf. Winner of the Nobel Peace Prize in 1909, Selma Lagerlöf has always been one of Sweden's favorites writers.

~….in appreciation of the lofty idealism,vivid imagination, and spiritual perception that characterizes her writings."  From the Nobel Prize for literature presentation. 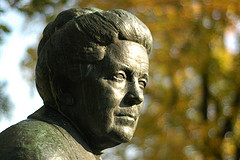 Selma Lagerlöf (1858-1940) was born in Östra Emterwik, Värmland, Sweden. She was brought up on Mårbacka, the family estate, which she did not leave until 1881, when she went to a teachers' college at Stockholm. In 1885 she became a teacher at the girls' secondary school in Landskrona. She had been writing poetry ever since she was a child, but she did not publish anything until 1890, when a Swedish weekly gave her the first prize in a literary competition and published excerpts from the book which was to be her first, best, and most popular work. Gösta Berlings Saga was published in 1891, but went unnoticed until its Danish translation received wide critical acclaim and paved the way for the book's lasting success in Sweden and elsewhere. In 1895 financial support from the royal family and the Swedish Academy encouraged her to abandon teaching altogether. She travelled in Italy and wrote Antikris mirakler (1897) [The Miracles of Antichrist], a novel set in Sicily. After several minor works she published Jerusalem (1901-1902) [The Holy City], a novel about Swedish peasants who emigrated to the Holy Land and whom she had visited in 1900. This work was her first immediate success. A book intended as a primer for elementary schools became one of the most charming children's book in any language: Nils Holgerssons underbara resa genom Sverige (1906) [The Wonderful Adventures of Nils].

None of her later works matched the power or success of Gösta Berlings Saga. In the mid-twenties she published the historical trilogy: Löwensköldska Ringen (1925), Charlotte Löwensköld (1927), and Anna Svärd (1928) [The Ring of the Löwenskölds, 3 vols.]. She also published several volumes of reminiscences under the title Mårbacka (1922-32).

In addition to her work as an author, Selma Lagerlöf was also a committed advocate of both women's suffrage and the peace movement. She was highly respected within the cultural establishment, but also had deep ties to the common people, as witnessed by her incredible correspondence. The Lagerlöf Collection includes some 40,000 letters from some 17 000 correspondents

Please enjoy some photos of her home in Mårbacka. ~ 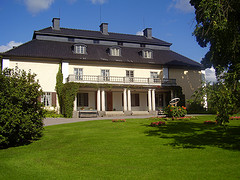 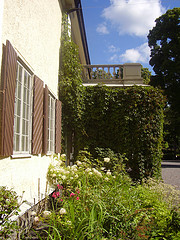 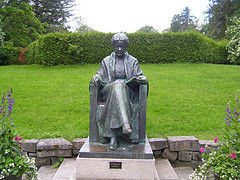 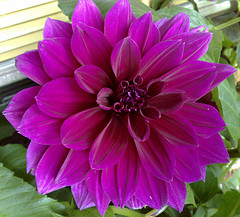 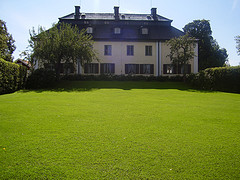 3 thoughts on “Nils and Selma”