The little man blinked and arched an eyebrow. An unusual murder brings together three strangers, John, Jack, and Charles, on a rainy night in London during the first World War. An eccentric little man called Bert tells them that they are now the caretakers of the Imaginarium Geographica — an atlas of all the lands that have ever existed in myth and legend, fable and fairy tale. These lands, Bert claims, can be traveled to in his ship the Indigo Dragon, one of only seven vessels that is able to cross the Frontier between worlds into the Archipelago of Dreams.

Pursued by strange and terrifying creatures, the companions flee London aboard the Dragonship. Traveling to the very realm of the imagination itself, they must learn to overcome their fears and trust in one another if they are to defeat the dark forces that threaten the destiny of two worlds. And in the process, they will share a great adventure filled with clues that lead readers to the surprise revelation of the legendary storytellers these men will one day become.

An extraordinary journey of myth, magic, and mystery, Here, There Be Dragons. 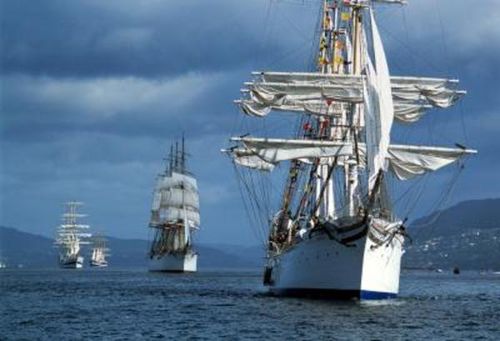 This book had us dreaming of boarding a Dragon Ship or at the very least a Tall Ship to take us to the lands of imagination and myth.

Once we started this book we found ourselves staying up very late at night to find out "what happens next".  Oh and what happened next can only be found in our imaginations and in the pages of this book.

The three young travelers meet Bert, who helps them flee from the minions of the Winter King, Mordred. They journey on Bert's ship, the Indigo Dragon (captained by Bert's daughter Aven, to whom Jack is attracted), to Avalon, and then to Paralon, the capital of the Archipelago. There was no king, as the lineage of Arthur had supposedly been ended when the Winter King killed the last king and all of his relatives. The party discovers also that the Winter King is searching for the High King's Ring, which they have. 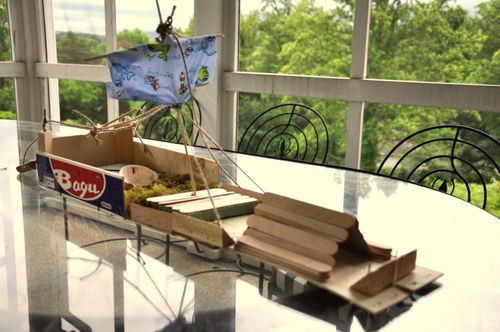 Around this time, the partners realize how dangerous the Imaginarium Geographica could be in the wrong hands, and decide to destroy it. As it can only be destroyed by he who made it, the Cartographer of Lost Places, the companions journey to his refuge, the Keep of Time. They lose the book, however, before reaching the Keep, but after they leave the keep they find that their potboy, Artus, is a descendant of King Arthur. However, the ring is then stolen.

The companions also discover that Mordred is using Pandora's Box to create shadow minions, and decide to meet him in a battle on the island at the end of the world. During the battle, Charles is charged with closing Pandora's Box, which he does, eliminating Mordred's shadow minions. Jack is charged to fight on the battlefield, where he was responsible for the death of another man, Captain Nemo. John was charged with leading Artus to the bluffs of the island, where a descendant of Arthur could, with the incantation in the Geographica and the Ring of Power, summon dragons. 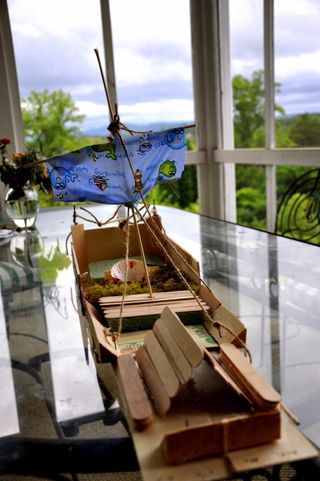 They summon the dragons, discovering that the Ring of Power is not jewelry but a ring of standing stones remarkably like Stonehenge located on the cliffs of the island. After the dragons rout the enemy troops, the companions again encounter Mordred, who is thrown off the edge of the world by a dragon.

The companions then return to their own world, where their true identities are revealed but you'll have to read the book to discover that.

I found this book to be very well balanced in combining well known author figures and characters, as well as events from myths and a great combination of male and female heros working collaboratively. 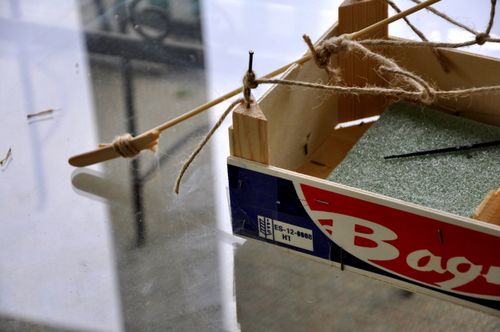 This book is recommended for YA or age 13 and above. This has to do with the murder of the professor in the beginning of the book and subsequent battles between creatures both mythical and human. The last scene in the book is a full fledge war but described from a point of strategy and not gory detail. Each child is different and you have to make the decision which best suites your family. My 11 year old never felt frightened with this book or overwhelmed.

Something to Do Book Review:

All of our activites had to do with ship building and wishing for a magical ship to come and take us to imagined lands.

A Dragon Ship is assigned a dragon to it and this is what makes it move at lightening speed. It got us thinking, what sort of ship would one want? We had a ship building afternoon before we headed out to sea. 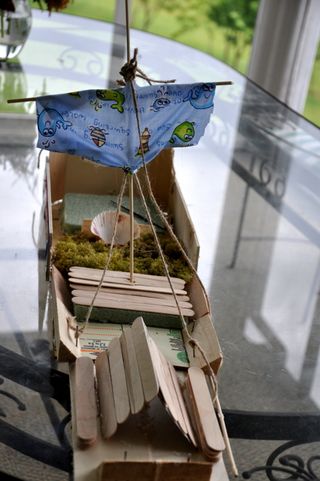 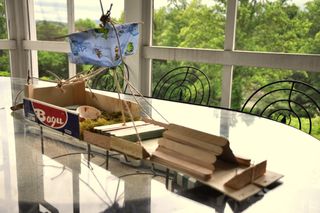 Mimi embraced a flying ship made of a cereal box and paper. Photo to follow. It's still drying!

and I…..well I went with a basic look of a simple folded paper boat. Go with what you know! and…..it floats on water. 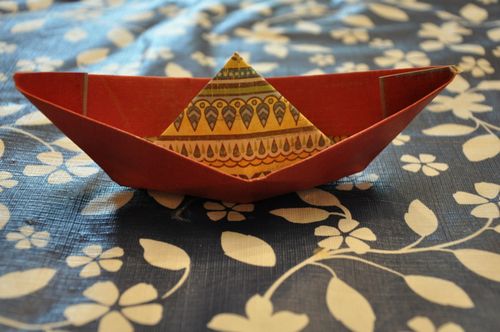 For your own afternoon fun, here's how to make a paper boat and a fleet of your very own.

We do have a very large secondary project happening throughout the five book series. We will show you a glimpse of this very soon.

If you enjoyed this post, don't forget to subscribe to receive my free children's book reviews, book-lists and great activities to do with your kids by email.

1 thought on “Here There Be Dragons”