Today we have a great collection of unicorn reads for middle readers. These books are wonderfully crafted. All of the book descriptions come from the publishers.

The Austins are trying to settle into their new life in New York City, but their once close-knit family is pulling away from each other. Their father spends long hours alone in his study working on the research project that brought the family to the city. John is away at college. Rob is making friends with people in the neighborhood: newspaper vendors, dog walkers, even the local rabbi. Suzy is blossoming into a vivacious young woman. And Vicky has become closer to Emily Gregory, a blind and brilliant young musician, than to her sister Suzy.
With the Austins going in different directions, they don’t notice that something sinister is going on in their neighborhood—and it’s centered around them. A mysterious genie appears before Rob and Emily. A stranger approaches Vicky in the park and calls her by name. Members of a local gang are following their father. The entire Austin family is in danger. If they don’t start telling each other what’s going on, someone just might get killed.

Into the Land of the Unicorns

In Luster, Cara meets many wonderful creatures, but the most magnificent of all is Lightfoot, a rebellious young unicorn. Cara’s band of friends comes to include a hairy creature named the Dimblethum and the monkey-like Squijim. Together, they set out to reach the Unicorn Queen before the mysterious man following them does-and to prevent the destruction of all unicorns forever.

Song of the Wanderer Bk 2 of The Unicorn Chronicles

Cara must return to Earth to save her grandmother, the Wanderer, but she must first travel through the wilderness of Luster, land of the unicorns, full of unknown creatures and perilous adventure. Only at the back of the dragon Ebillan’s cave will she find the gate that can bring her back to Earth. As Cara embarks on the journey of her life, there is one who still stands in her way: Beloved, Cara’s infamous ancestor, who has dedicated a lifetime to ridding the earth of unicorns. Is Cara strong enough to resist Beloved’s ruthless magic? Can she bear betraying her own blood?

This is a tale of two quests: Cara Diana Hunter’s search for an ancient story that may unravel the secret of the long enmity between the unicorns and the delvers, and her father’s journey to free Cara’s mother from the Rainbow Prison. Cara’s journey leads her through the strange underground world of the delvers to the court of the centaur king, while her father must travel from mysterious India to the depths of the Rainbow Prison itself. This multistranded story will intrigue and delight the legion of fans who have been clamoring for the next tale in this beloved series.

The Last Hunt Bk 4 of The Unicorn Chronicles

In the center if Luster stands an enormous tree called the Axis Mundi, the Heart of the World. But now that tree is wounded, pierced through by magic. And through that wound marches an army of Hunters, led by the sinister and vengeful Beloved. And they are all determined to destroy each and every unicorn. As the unicorns gather to defend their lives, the human girl, Cara, is sent on a mission to meet a ferocious and mysterious dragon. Faced with perilous danger, Cara must make a desperate decision that will change her life forever.
With a deft hand and keen imagination, master storyteller Bruce Coville brings this riveting epic fantasy series to a rousing conclusion as the secrets of Luster are finally and satisfyingly unveiled.

For those just wanting a quick introduction into the world of unicorns, Bruce Colville has a wonderful collection of unicorn stories, poems, and lore spun from some of the greatest children’s book authors around.

Filled with the most popular legends about the mythical unicorn and including original poems and stories, this collection brings together the singular talents of Bruce Coville, Madeleine L’Engle, Jane Yolen, C. S. Lewis, Myra Cohn Livingston, and many others. A perfect companion to Coville’s own bestselling Unicorn Chronicles and an ideal gift for the child who has always wondered about these glorious beasts, The Unicorn Treasury is sure to find a large and enduring audience.

Heart Trilby has no family. She lives a hard and lonely life in the dusty village of Ash Grove — until she finds a scarred, skinny mare in the forest. Against the wishes of her guardian, mean-spirited Simon Pratt, Heart adopts the mare and names her Avamir. Heart is thrilled when she realizes Avamir is in foal. But when the colt is born weak and disfigured, Simon decides to sell Heart’s beloved horses to be slaughtered by the town’s soap maker. Can Heart find a way to protect them — and the only love she has ever known?

Other books in the series includes: (Click Titles to Buy from Amazon)

The Mountains of the Moon

The Origins of Unicorns: Wikipedia

From Wikipedia, the free encyclopedia
Jump to: navigation, search

For other uses, see Unicorn (disambiguation). 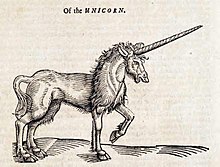 The unicorn is a legendary animal from European folklore that resembles a white horse with a large, pointed, spiraling horn projecting from its forehead, and sometimes a goat’s beard and cloven hooves. First mentioned by the ancient Greeks, it became the most important imaginary animal of the Middle Ages and Renaissance when it was commonly described as an extremely wild woodland creature, a symbol of purity and grace, which could only be captured by a virgin. In the encyclopedias its horn was said to have the power to render poisoned water potable and to heal sickness. Until the 19th century, belief in unicorns was widespread among historians, alchemists, writers, poets, naturalists, physicians, and theologians.