Today we are starting a special new series called Children of the Tipi. Wisdom Tales Press, one of our sponsors sent an ARC (advanced review copy) of this splendid book.

Michael Oren Fitzgerald in his new release Children of the Tipi, Life in the Buffalo Days assembles a collection of Plains Indian proverbs and photographs to answer the question, what was it like for children to grow up in the world of the pre-reservation Plains Indians during the Buffalo Days?

Through this book, we can now have a first hand look as we gaze into the stunning black and white photos and hear the words of wisdom from plains tribes long ago.

Author Michael Oren Fitzgerald has spent over 40 years searching through thousands of photos to discover this time gone by.

The quotes used in the book are from men and women living before 1904. These were the nomadic people of the Plains, living before the creation of reservations.

My children were simply mesmerized at looking into the faces of Native Americans who lived long ago. These photos have become a testament to the legends we hear about . We were awestruck in this books beauty and simplicity.

“Our games were feats with the bow and arrow. We had foot and pony reaches, wrestling and swimming. We imitated the customs and habits of our fathers.”  Charles Eastman (Ohiyesa), Wahpeton Dakota

“The first gift I received from my father was a bow and arrows. He made them himself. He painted the bow red, which signified that he had been wounded in battle. I was very young at the time, so the arrows were fashioned with knobs on the end, instead of the sharp points. The bow was not a strong one to pull. That bow and arrows was the beginning of my Indian training. It was to be my weapon in war, and was to get my food for me. I always kept it near me.” Standing Bear, Oglala Lakota

How to Make a Bow and Arrow One young man I know has been trying all winter and spring to make a bow and arrow that actually works. He’s consulted our neighborly boy scouts, guides, and on-line sources, but nothing seemed to work.

One night as this young man was complaining to his mother that this is an impossible task, someone’s father overheard and said,”On the weekend I will teach you how to make the greatest bow and arrow.”

The young man doubted that his father held this knowledge in his well-used craw, but he was game nonetheless. What did he have to lose? 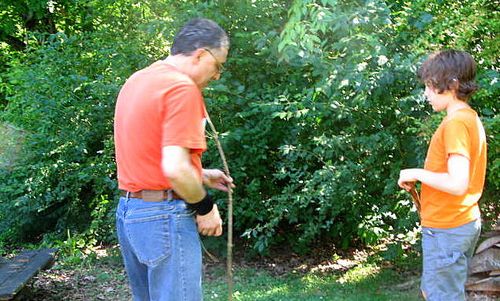 The important thing is that the stick bends well. A young spring sapling is best. 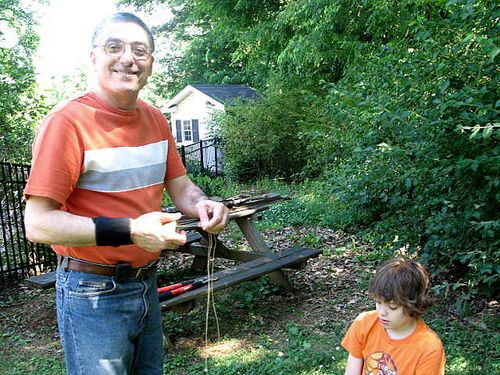 Next measure double the length of thread as your bow size. Now make three threads the same size. 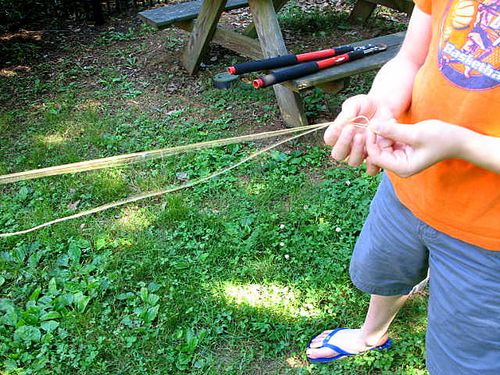 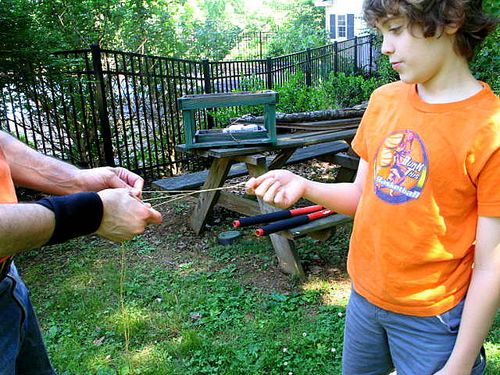 Cut notches into the side on both ends of the stick. 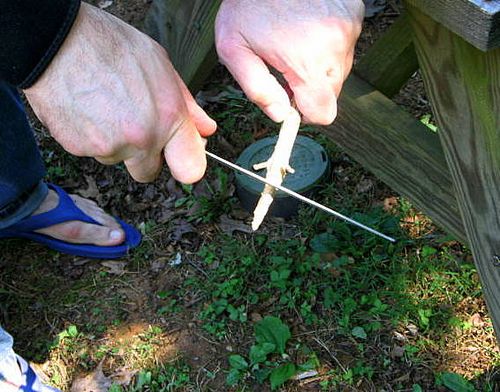 Tie one end of the braid into the first notch. Then tie it onto the other side. Now we’re ready. 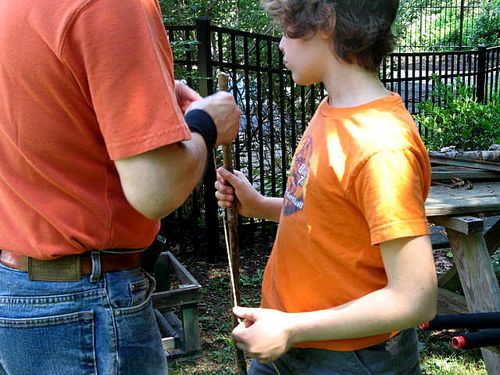 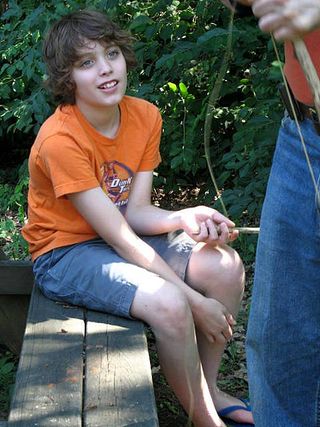 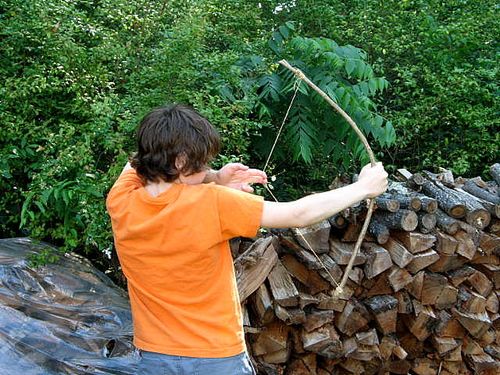 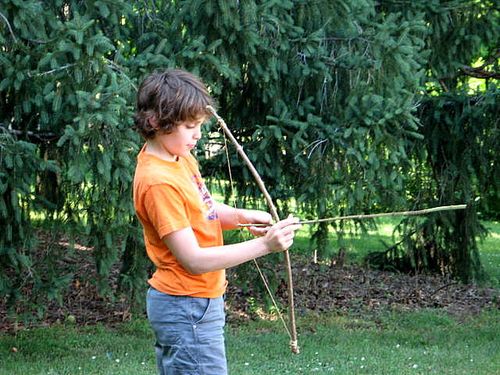 Wonder boy’s sister was majorly impressed with this new “toy” and needed one of her very own. So off to the bow and arrow maker she went. 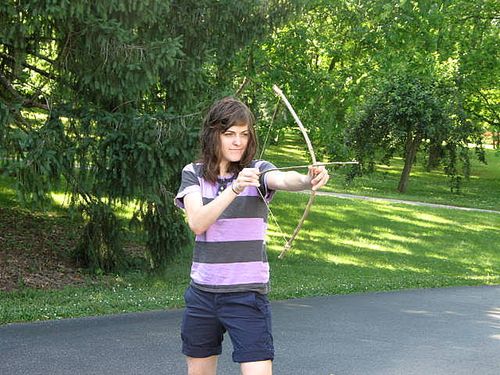 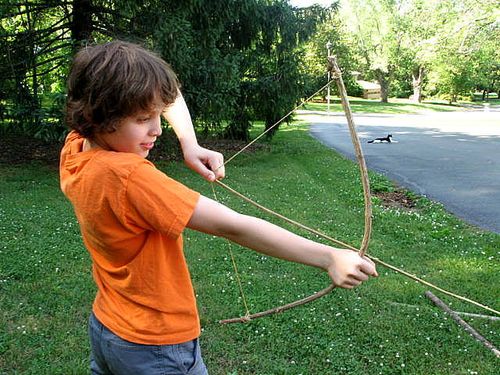 And all were very very happy.

16 thoughts on “Children of the Tipi: Life in the Buffalo Days”