In answer to the need for an “actual” account of the Battle of Little Big Horn for his son Richard, Paul Goble created a book which allows its readers to rediscover the retelling of the Battle of Little Big Horn from a Native American perspective.”Custer’s Last Battle” by acclaimed author/illustrator Paul Goble is this new edition of his first published book out by Wisdom Tales Press. This week “Custer’s Last Battle” was the winner of  the Silver Medal for Children’s Non-Fiction in the MIPA Awards Ceremony ( Midwest Independent Publisher’s Association). Gorgeously illustrated and fabulous story-telling.

This book is greatly deserving of this award as it is a simple but solid look into one of the more famous battles in U.S. history. Told from the view-point of a fictional a 15-year-old Lakota Warrior named Red Hawk, “Custer’s Last Battle” gives voice to those Native Americans who were so violently attacked that day and shares their perspective. The text is short and simple, but delivers the stories of brave men who fought and lost their life that day, of the women and children running and the fear they felt and at the same time the story-telling act of giving respect and honor to their aggressors. There is a quote from Chief Sitting Bull which says; “‘I will tell no lies about dead men. Those men who came with Long Hair were as good men as ever fought.”

The version of the story I had learned in school was that Custer was the “hero” of the Battle of the Little Bighorn. How much we’ve learned from Custer’s Last Battle. We’ve had the honor to spend more than the “required” time in our high school history courses to a learn a little more about this story.

For those of you who may not be familiar with the story it goes something like this :
“On the morning of June 25th, 1876, a force of 700 men from the 7th U.S. Cavalry led by General George Armstrong Custer attacked a Native American encampment on the banks of the Little Bighorn River. Unbeknownst to Custer, he faced the combined might of the Lakota, Cheyenne, and Arapaho tribes, led by the greatest chiefs, Sitting Bull and Crazy Horse. Advised by his Indian scouts not to attack, the foolhardy general ignored their warnings and trusted “Custer’s luck” one last time. The Native Americans won a huge victory, in fact it was the largest ever one by Native Americans. “

The illustrations in this book are beautiful yet simple and complex holding many details. The colors are bright and bold and stand out from the text. Paul Goble designed the illustrations for this book in the Ledger Book style. Ledge book art is the name which was given to early Native American drawings. They utilized pens and colored pencils on trader ledger book paper. It was the only paper at the time available to Native American.

Another detail of this book that I really like so much is the forward written by Joe Medicine Crow. At the time of its writing, Mr. Crow was 98 years old and had met many survivors of Custer’s Last Battle. He points out that though there are 3000 written documents which speak of General Custer’s position and demise, none of them mention the survivors of that day. This lively tale, though fictionalized is taken from many first hand accounts of Native Americans fighting that day and from people who were watching from the bluffs in June 1976. Dr. Joe Medicine Crow validates that Paul Goble got the story correct and accurately as he states in his forward.

Although this book is aimed at a younger market, please be aware that this is a book talking about a historical battle. There are guns, and weapons, and there is death and dying but there is also honor, bravery, and courage. I was reading this book with older children and young adults aged 11-15. A child of a much younger age can easily read the text. Each one of us has to decide whether this book is right for their children based on subject matter.

Custer’s Last Stand encouraged and inspired us to look at history from a variety of perspectives. We learned so much from this little 44 page book. I highly recommend it and feel it gives an insightful look to the happenings of June 25th 1876. To get your copy of this amazing offering from Wisdom Tales Press, go HERE.

1. I asked the my teenager and his friends to find another version of this story from the U.S. Cavalry’s point of view. We then had a discussion of how things differed.

In the past, we have created authentic bows and arrows as a family. You can find that activity HERE. 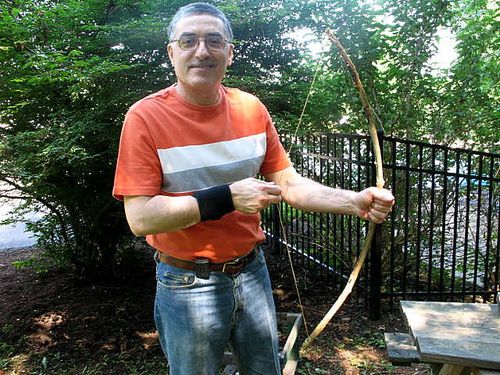 Disclosure: I was given a review copy of this book by Wisdom Tales Press but the review and opinions in this review are expressly my own.