Last week I put the below video on my personal Facebook page. I was completely awe inspired by the communication between these instrumentalist and the whales. So inspired I put on my Facebook that I’d like to have this very experience !!!

Fellow book-lover Mia Wenjen of PragmaticMom wrote on my Facebook wall that I just had to read, A Symphony of Whales. I went out and got it immediately. Oh how right she was. This book is simply a captivating.

“Inspired by a true story, in the winter of 1984-1985, nearly three thousand beluga whales were found trapped in the Senyavina Strait of Siberia, a narrow body of water crossing the Bering Strait from Alaska. With the bitter cold, the water was freezing rapidly. In places the sea ice was twelve feet thick. For seven weeks, the people of the Chukchi Peninsula and the crew of the icebreaker Moskva risked their lives to save those whales. Against all odds, they succeeded.” Steve Schuch

Woven into the story is a tale about a little girl named Galshka who has a special gift. What if you had the gift to hear the centuries old song of the Whales? Glashka has this gift but with great gifts comes great responsibility. Glashka has always been able to hear music in her head, and the “old ones” of the village tell her she hearing the voice of Narna, the whale. Narna has long been a friend to her people. Glashka uses her gift to find the trapped whales and then through the gift of song discovers the secret to saving them.

Author Steve Schuch, a musician, turns this story into a lyrical and imaginative telling of a real life event. Equally as stunning are artist Peter Sylvia’s exquisite oil paintings which capture the story in texture and light and transport us to the harsh and stark environment of Siberia. Sylvada captures the changing story through light, texture, and movement.

We’re so appreciative to our friend Mia for suggesting this book. How special it is to be inspired by something and then given the gift of further inspiration in a book. Big thank you to you Mia Wenjen.

On our bucket list is to see a whale up close and personal, not in captivity but out there in the deep blue sea.

Acoustics is a major area of study for whale researchers. The humpback whales’ song is probably the most complex in the animal kingdom. Researchers study their songs and use this information in many areas of marine research and technology.

The humpback song, which is made up of repeated themes, can last for up to 30 minutes and some humpbacks sing for hours at a time! Only the males sing and all male humpbacks in the same region sing the same song. The song itself changes over time, making it different from year to year. The songs generally occur during the breeding season, suggesting that they are related to breeding. But researchers are still asking why do male humpbacks sing?

Whale Hearing
In addition to singing, humpbacks also hear well. Sound is exceptionally important to marine mammals living in the ocean (a very noisy place). Hearing is a well-developed sense in all cetaceans, largely because of the sensitive reception of waterborne vibrations through bones in the head. Take a look at the size of a whale’s head compared to its entire skeleton. You will notice that the head comprises up to one third of the total body length. The whale ear is a tiny opening that closes underwater. The bone structure of the middle and inner ears is modified from that of terrestrial (land-based) mammals to accommodate hearing underwater.

Let’s Dissect the Song
Humpback whales produce moans, grunts, blasts and shrieks. Each part of their song is made up of sound waves. Some of these sound waves are high frequency. If you could see these sounds, they would look like tall, pointed mountains. Whales also emit low frequency sound waves. These waves are like hills that are wide spread apart. These sound waves can travel very far in water without losing energy. Researchers believe that some of these low frequency sounds can travel more than 10,000 miles in some levels of the ocean!

Sound frequencies are measured in units called Hertz. The range of frequencies that whales use are from 30 Hertz (Hz) to about 8,000 Hz, (8 kHZ). Humans can only hear part of the whales’ songs. We aren’t able to hear the lowest of the whale frequencies. Humans hear low frequency sounds starting at about 100 Hz.

Whale Songs Similar to Other Animals
Researchers have noted that whale songs sound very similar to the songs of hoofed animals, such as. Elk (bugleing), cattle (mooing), and have more than a passing resemblance to some of the elephant noises. One of the leading researchers into humpback whale sounds, Katy Payne, also studies elephant sounds and has found similarities between these two species.

Where are Sounds Produced?
The larynx was originally thought to be the site of sound production in cetaceans but experiments on live, phonating dolphins showed that the larynx does not move during vocalizations. Instead there are structures in the nasal system including the nasal plug and the elaborate nasal sac system which move when sound is produced, although the exact site of the sound generation is still debated. You can read more about this fascinating subject in book called BIOLOGY OF MARINE MAMMALS, by Reynolds and Rommel.

You can find the sound files to do this experiment here.

Listen to the humpback songs. Can you tell which parts of the songs are the higher frequencies (short and high pitched) and which are the lower frequencies? How would you describe these songs in words? What do the songs remind you of? How are the three songs similar and how are they different?
A whale’s low frequency sounds can travel up to 10,000 miles. Take out your globe, and using the scale of miles on the key, explore how far this distance is. Imagine you are a whale; how far can you sing?

Listen To Music Inspired by the Whales

As we create a play list of whales and about whales we simply have to start with A Symphony of Whales author Steve Schuch who is also a violinist and composer. On his website he has this link which has him playing violin with the whales. It’s perfect to have playing while reading A Symphony of Whales. 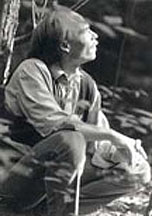 Other additions to our playlist include:

Author Steve Schuch was so inspired by this story that he created a piece of music called Whale Trilogy. Then came the book A Symphony of Whales. Here’s a great interview about his inspirations on this story and music incorporated into story.

Looking for a unique way to keep your kids busy this summer…and engaged with nature? The At-Home Summer Nature Camp eCurriculum is available for sale!

This 8-week eCurriculum is packed with ideas and inspiration to keep kids engaged and happy all summer long. It offers 8 kid-approved themes with outdoor activities, indoor projects, arts & crafts, recipes, field trip ideas, book & media suggestions, and more. The curriculum, now available for download, is a full-color PDF that can be read on a computer screen or tablet, or printed out. Designed for children ages 5-11, it is fun and easily-adaptable for all ages!